Google Drops Dont Be Evil Motto From Its Code Of Conduct

Ruby, a general purpose and object oriented programming language, supports multiple programming paradigms and is used to create web apps. Apart from being easy to use, Ruby is known for its power. Ruby on Rails (Rails is a framework) is in high demand these days.

For learning a new language, very often its suggested that one must take a look at the latest trends. This gives a pretty strong idea about future and how much a language can grow in usage and importance. This automatically tells us the employment opportunities.

Go is an open source programming language thats aimed at making simple, efficient, and reliable software. It was created by three Google employees in 2007. In the recent times, it has emerged as one of the most popular programming languages, and its used by some of the Googles won production systems. Many Go projects are also used for web servers, APIs, minimal web application frameworks, etc.

These days, skilled programmers are in great demand. Over the past decade, coding jobs have become mainstream, creating millions of employment opportunities every year. 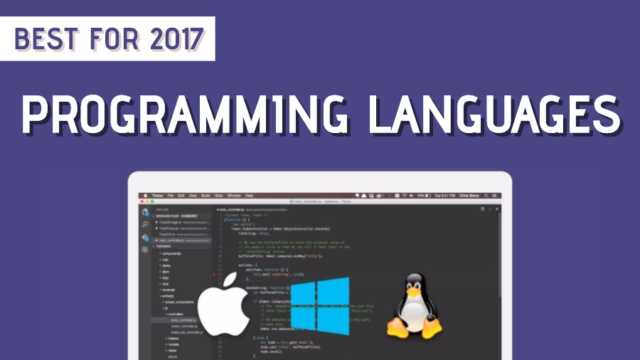 10 Best Programming Languages That You Need To Learn In 2017

How To Turn On Gmail Offline Mode And Use Gmail Without…

JavaScript, also known as the language of the web, is at the top as its basically everywhere. This is a high-level, dynamic, and interpreted programming language thats supported by all modern web browsers. It allows the developers to build web applications and add interactive elements to the websites.

Java, a general purpose and object-oriented programming language, is used for creating server-side applications, video games, and mobile applications. As its the core element of any native Android application, Java keeps enjoying an enormous popularity among the developers.

How To Turn On And Use Gmails Smart Compose Feature Right Now?

Designed by Microsoft, C (pronounced C-sharp) is a general-purpose, modern, object-oriented programming language. This relatively newer language breathes life into a wide range of Microsoft applications that are powered by Framework. The programming in C is very much based on C and C++. So, if you have a basic idea of C and C++, learning C wont be much tough.

Those who are already having the knowledge of programming, are taking the polyglot approach. The programmers are learning programming languages and improving their skill sets. By leveraging multiple languages, they are able to solve a problem statement easily.

What is Windows 10 Timeline? How To Use It Like A Pro?

PHP is a server-side scripting language that primarily focused on web development. It forms the base of two internet giants, WordPress and Facebook. If you wish to become a web developer, PHP is an important language that you need to learn.

How To Connect Your Chromecast To Xbox One?

Here, in this article, Im going to useGitHubs datato tell you the most popular programming languages that one needs to learn in 2017. The data is also accompanied by the percentage growth witnessed by these languages in 2016.

Google Drops Dont Be Evil Motto From Its Code Of Conduct

Short Bytes:The year 2017 has arrived. So, this year, are you ready to learn a new programming language and boost your skill set? If your answer is yes, youre at the right place. GitHubs recent data gives us a pretty good idea about the best popular programming languages that you need to learn in 2017. Our top recommendations are Java, JavaScript, Swift, and Python.

What Is Svchost.exe Process On My Windows PC? Is Service Host Process A Virus?

Fossbytes co-founder and an aspiring entrepreneur who keeps a close eye on open source, tech giants, and security. Get in touch with him by sending an email

Scala, a general purpose programming language, has been designed to be concise and fulfill the shortcomings of Java. Its source code is intended to be compiled to Java bytecode to allow the resultant code to run on a Java VM. Also, as its name suggests (Scala is portmanteau ofscalableandlanguage), Scala is designed to grow with the demand.

How To Speed Up Windows Using ReadyBoost And USB Drive? Does It Still Work?

Most Popular Android Versions In May 2018 (Always Updated List)

How To Turn On Gmail Offline Mode And Use Gmail Without Internet?

How To Choose The Best GPU For Windows 10 Apps Discrete Or Integrated?

CentOS 7 1804 Linux Distro Available For Download: Heres How To Update

Difference Between RAM And ROM What Is Their Use?

Back in 2014, Apple decided to create a new programming language for its iOS and OS X application development. As a result, Swift was born. Since then, it has been in tremendous demand and the developers are learning this skill in big numbers. It adopts the best of C and Objective-C, allowing a developer to create an intuitive app.