Looking back on his career, Powner cited as his proudest accomplishments the role he played establishing the IT dashboard (warts and all); helping to push through the Federal IT Acquisition and Reform Act; cataloguing and shrinking the governments data center footprint; and strengthening CIO authorities. He also pointed to a more-general improvement in GAOs ability to track the operational and structural problems plaguing government — a pivot from its traditional focus on acquisition issues.

Contractors come in with their technical folks, blow the government out of the water, Powner said. You need to have some horsepower on your side to do the same.

Now, with a presidential administration that has put modernization front and center and concerns over cybersecurity elevating tech issues in the minds of Congress, federal IT has never been more important or impactful. Yet Powner is choosing to walk away — taking a job with Mitre as director of strategic engagement and partnerships, where he will work on similar issues from a new perspective outside of government.

Johnson has a Bachelors degree in journalism from Hofstra University and a Masters degree in public policy from George Mason University. He can be contacted , or follow him on .

The unfinished business hes leaving behind, however, will come as little surprise to the federal IT community. While CIOs are more empowered today than they were 16 years ago, nine of the 24 CFO Act agencies still dont have direct reporting relationships between their CIO and secretary or administrator. The agency CIO position still haslimited and unevenvisibility or control over agency IT spending, something GAO auditors say leads to duplicative and poorly conceived IT contracts.

Filling that oversight role often involves conflict, and many times Powners job is to pour cold water on the overly positive narratives floated by agencies about the state of their systems and networks. He has modeled his approach on a simple mantra: The facts are the facts and people wont respect you if you sugarcoat the depth of the problem.

Sometimes you have an opportunity to do something different and you get excited about it, he told FCW.

Another root cause of the governments IT woes: The average tenure for a federal agency CIO ranges between 16 months and two years, something Powner said has a real impact on the governments ability to tackle big tech problems and implement a long-term vision. He thinks Congress should consider legislation to make the position subject to a five-year appointment to encourage CIOs to focus more on the hard problems than the quick and easy ones.

Powners work and influence over federal IT policy hasreceived praisefrom tech-minded policymakers in both parties. Rep. Will Hurd (R-Texas), lead author of the Modernizing Government Technology Act, said Powner should go down in history for his role holding agencies accountable for the technologies they buy and use. Rep. Gerry Connolly (D-Va.), one of the lead authors of FITARA, credits Powner with using his audit power and congressional testimony to keep the pressure on IT leaders to implement the law effectively. 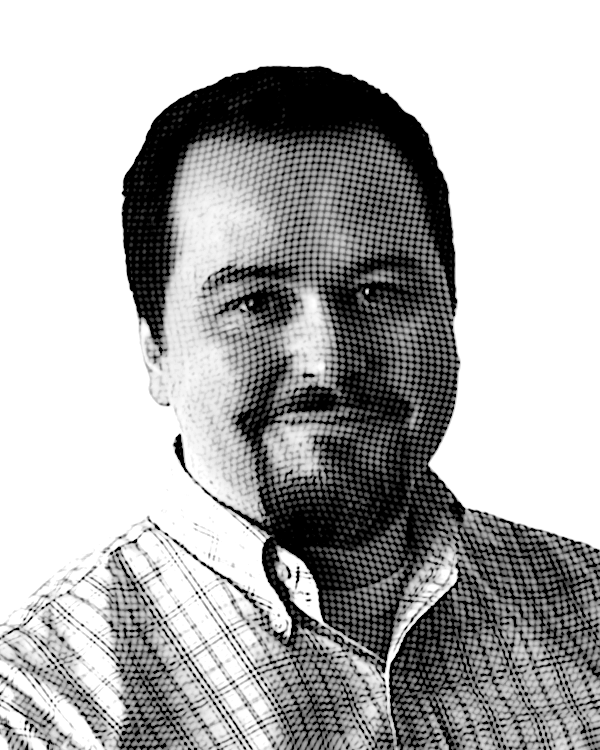 For 16 years, Dave Powner has served as one of one most visible overseers of good governance in federal IT. From his perch as director of information technology issues at the Government Accountability Office, Powner has helped track and guide federal agencies through a necessary and sometimes painful evolution into 21stcentury digital enterprises.

I think this administration has kind of put IT with the Presidential Management Agenda and the modernization strategy and the American Tech Council and all that stuff — at a more prominent level than some other administrations, Powner said. Now the question is OK, Its there, now are we going to do something about it? Its always about the implementation.

Census grapples with IT and (now) paper challenges

NIST pushes on next version of Risk Management Framework

The GAO director of information technology issues is leaving government after 16 years. On his way out the door, Dave Powner details how far govtech has come in the past two decades and flags the most critical issues he sees facing federal IT leaders.

After 16 years, Dave Powner is leaving the Government Accountability Office for a job with Mitre.

Folks come here from the private sector, said Powner. Who wants to be buried at some agency?

They come in, pick the low-hanging fruit, claim a few wins, put a strategy in place and then leave without effectively implementing the strategy, he said. Then someone else comes in, and you know what? Its a new strategy.

Laws like the Clinger-Cohen Act and FITARA, as well as a recent Executive Order signed by President Donald Trump, have attempted to codify the role that CIOs are supposed to play as primary stakeholders within agency leadership, but Powner believesmore must be doneto signal to top talent that the juice will be worth the squeeze.

How does federal CX stack up against the private sector? Not well

Prior to joining FCW, Johnson was a freelance technology journalist. His work has appeared in The Washington Post, GoodCall News, Foreign Policy Journal, Washington Technology, Elevation DC, Connection Newspapers and The Maryland Gazette.

USDA to relocate hundreds of employees outside D.C Metro-area

How does federal CX stack up against the private sector? Not well

Powner was complimentary of the way the Trump administration has emphasized and blended both modernization and cybersecurity, and said he believes the government is on track to dramatically improve in both areas if federal leaders dont take their eye off the ball.

Building up and maintaining the IT workforce remains a substantial challenge, both at the top layer and among rank-and-file feds. The federal workforces thin bench of qualified IT employees, particularly engineers and architects with technical and coding skills, puts agencies at a disadvantage when overseeing contractors.

Derek B. Johnson is a senior staff writer at FCW, covering governmentwide IT policy, cybersecurity and a range of other federal technology issues.

The telecom contract has the potential to reinvent IT infrastructure, but finding the bandwidth to take full advantage could prove difficult.