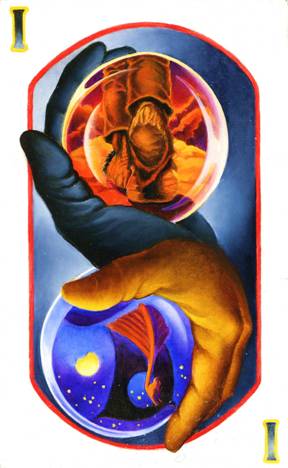 Our Advertisers Represent Some Of The Most Unique Products & Services On Earth!

Now its everyone for themselves – and once that starts (in-the crooked-house that was America) then everyone plays for keeps, and no-one will be left standing unscathed. The real problem with that scenario is that it wont ever stop because of the built-in fear, the outright terror and paranoia: Especially when there are no more ripe and juicy MARKS to skin or kill – there will only be each other to rape & pillage amid the massive confusion and the panic caused by the sudden shift in every asset and every possibility. . .These creatures have become used to the kinds of wars where all sides get bribed or bought off until the right moment – but without the TRUST or their ability to TRUST even their own troops, or former-backers: EVERYTHING WILL CHANGE and millions will die before most of them can even catch their breath.Global transportation, communications and delivery will be massively interrupted and everywhere there will be unexpected mutinies, rebellions and inside jobs – all of it being carried out not for greed or profits but for sheer survival . . . and of course they have not factored this part of the coming war into their plans because they actually believed that they could once again just MANAGE the worst DEPRESSION in the history of the planet, but that wont happen now, because despite all their assets and current safe-houses all of that will just become a fond-memory with no substance in it for them, ever again. . .The one bright spot in all of this is the fact that the really-big banks here are losing their depositors, and if there were to be a run on what remains of those banks – they would fail. And if that happens that would rip the floor out from under the Federal Reserve, and without violence this nation could regain control over our own DEBT-FREE-MONEY once again and quite possibly we might just have an opportunity to stave off a global-meltdown; if we can keep Israel and the Zionists in this country from attacking Iran.We got through 11-9-11 without another global incident; so who is to say that we cannot succeed in removing these Criminal-Banks from the inventory of the Criminal-Elites? If the big-banks fail, the income going into the FED dries up; and without any confidence in the largest banks; the conspiracy against us collapses completely.Many feel trapped by what is happening everywhere now. But we still have personal OPTIONS and there are always CHOICES. All that remains is that we make the right choices and stand for ourselves without turning back to anything from that broken-system that has been trying with everything they have to kill us like cattle, inside this slaughterhouse which this county is on the verge of becoming.Cops, Politicians, Corporations, Bankers, Judges and Government have all been part of this attempt to murder us each and every day. Thats a huge burden, but its one that can be dealt with if we know what we believe-in and are willing to act upon our personal beliefs.The answers to these massive problems cannot be outsourced: They must be dealt with by those of us who have always been the INTENDED VICITMS of all these global-crimes.If we are willing to face the facts that compose the world of today; then there is a chance that we will succeed; but if we fall back into dependency upon any part of our broken-national-system, then we truly are finished. Our politics are a joke, our elections nothing but cynical exercises that rubber-stamped the victories of those that were decided on, long before the ballots were even created.We need to cut-out all the MIDDLE-MEN and their simplistic answers to complex questions. We must distance ourselves from all the various forms of the Elmer Gantrys that have inserted themselves into so many lives. The Republic and its Constitution, compared to the nightmare of USI, is very simple when compared to all the MILLIONS of fraud-ridden add-ons which the corporations have illegally added to our lives. Currently when all the taxes and insurance and fees, permits and fines along with city, state and municipal duties are added together the government already takes 85% of everything you earn-how long will it be before they take it ALL!Revert to that time before the country and its government were taken over by US INC; and LIFE could have a second-chance to breathe again But only if you and I are willing to see this through to the end of it!2) A Customer and Creditors Guide to the MF Global Bankruptcy 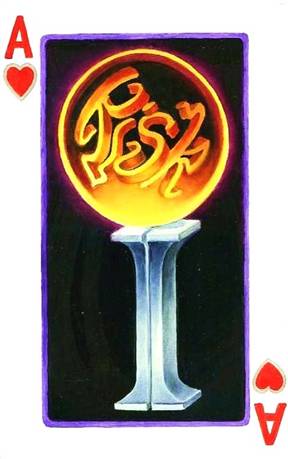