AI not racing? Wondering why you keep getting stuck on the side of the track?Check ourcommonissuespage to see a list of the most common issues people are encountering, along with how to fix them. If your problem isnt listed then feel free to ask onstackoverflowusingthecode-rallytagfor help!

Code Rally is a free, open source racing game where you play by programming a vehicle (either in Java or Node.js) to race around various virtual tracks for you!

As part of the new 1.5 release we have added damage to races – the more your vehicle crashes, the more damage it takes. Weve also refactored the Eclipse UI and have released a sample Node.js implementation so you can program your cars in Java or Node!

Whether youre an experienced software engineer or someone starting to learning programming Code Rally is a fun, exciting challenge. What are you waiting for -startdownloadingthegamenow! 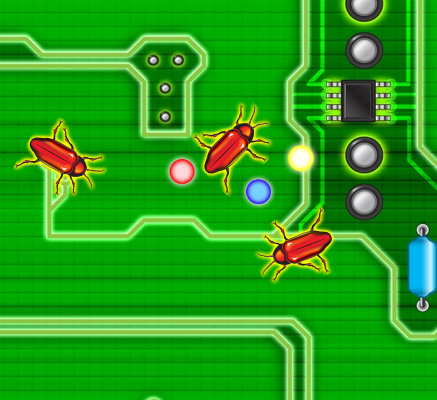 Visit theblogpostsfromourdevelopmentteampage covering some of the work involved in creating the game – from figuring out a good physics implementation to creating graphics for the different vehicles.

We have a new release! Version 1.5 is available from ourdownloadspage.

The multiplayer server for Code Rally runs on IBM WebSphere Application Server Liberty in IBM Bluemix – you can find out about the lightweight, fast WAS Liberty runtime including the awesome stuff you can do with it from.

Downloaded the game and ready to race? We have a few tutorials to help you get started:

If you would like to see the architecture of the game we have ablogpostthat covers the different AI types and how we useWebSphereApplicationServerLibertyandIBMBluemix.

Code Rally is also a sample of a microservice architecture – each vehicle is its own self-contained microservice, which connects to a monolithic applicationin the cloud which simulates physics and sends events to your vehicle code as it is racing around, so in playing the game you are modifying a microservice and then connecting it to other services around the world.