enough for computing and music lessons.to download with a friendlytutorial.community of over one million live coders.

Sam Aaron performed with Sonic Pi at Moogfest 2016. Rolling Stone featured his performance in theirreview of the festivaland said ittranscended the present.

compile Sonic Pi from source, but there are binaries ready for use in your Debian and Ubuntu package repositories, thanks to the Debian Multimedia packagers team.

Sonic Pi is anOpen Source Projectreleased under the MIT Licence.

The Big Bang Fair is the UKs largest celebration of STEM for young people. The Sonic Pi Band will perform a series of shows demonstrating how to live code your own band.

Sonic Pi was specifically designed for and built in collaboration with teachers for use in the classroom.

Sonic Pi is a new kind of musical instrument which enables exciting new learning pathways in the classroom. 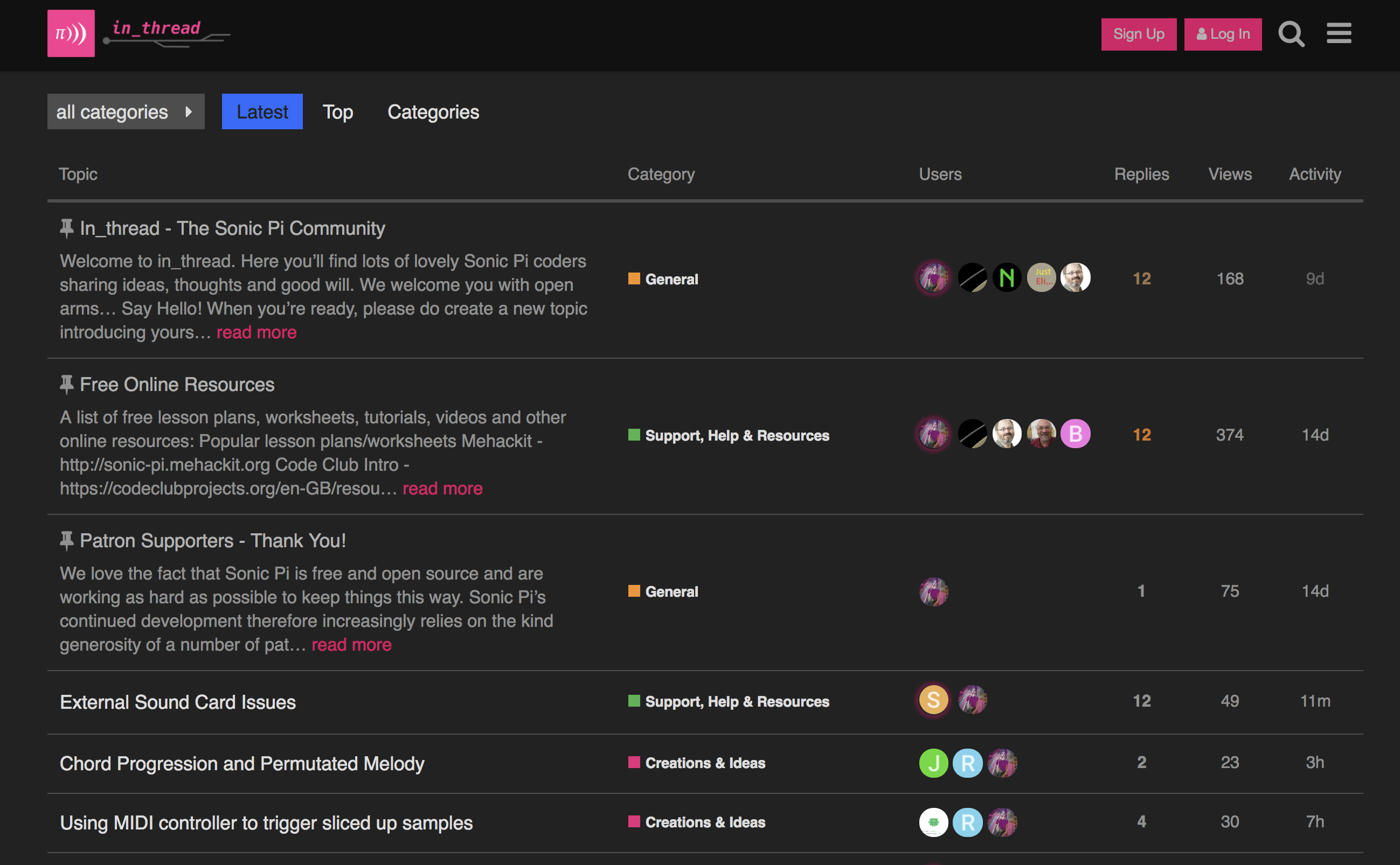 Master live loops, code drum breaks, compose your own melodies make random riffs and loops, learn to shape and sculpt sounds and much, much more…

Coded by Sam Aaron Live at the NODE Festival in Frankfurt

Get started on the worlds most affordable computer.

Brought to you bySam Aaronand the Sonic Pi Core Team

Sonic Pi is represented by Sam Aaron on The Music Commission panel, a new enquiry launched by ABRSM exploring how to better sustain & support progress & progression in learning music.

Sbastien Rannou has published a tutorial on how he live coded his fabulouscover of Aerodynamicby Daft Punk.

Compiled for 64 bit architectures, Sonic Pi has been tested to run on OS X Mountain Lion through to macOS High Sierra.

Sonic Pi was designed, implemented and developed with extensive classroom trials in close collaboration with teachers.

Sonic Pi is available as a self-contained MSI installer for you to install on your machine or network.

Adding this PPA to your systeminstructionsthere.

Sonic Pi is available free(but we really need your help):

Enter this exciting once-in-a-lifetimecompetitionto get your Sonic Pi music played onboard the International Space Station by UK astronaut Tim Peake.

Sonic Pi helps you engage students in Computing through music. Read how in the articleLive Coding Education

Getting Sonic Pi running on your Mac is as easy as eating Apple Pi.

Engage your students by coding music in your classroom today.

Sonic Pi is anew kind of musical instrument.Watch how you can use it for live performances from ambient sets to dance music in nightclubs…

The incredibleMehackitSonic Pi creative coding resource has been certified by the Finnish Education Standard Kakoa for its educational quality.

Google have announced Sonic Pi as one of a number of projects they either use or think are important.

Join thefriendlySonic Pi community and share your ideas and thoughts with othereducators,musiciansandlive coders…

Use the full power of your Mac to take Sonic Pi to the next level.

Sonic Pi has been built as a self-contained macOS app ready for you to download and launch. 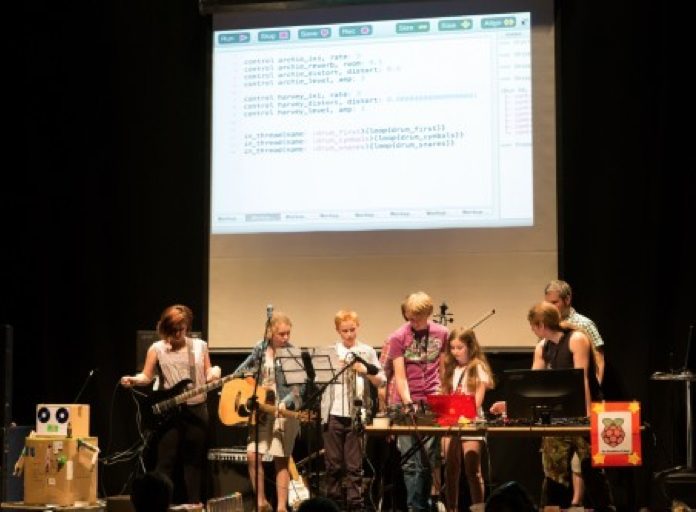 Just ensure you give Sonic Pi permission to run in the Security Preferences.

Sonic Pi v3.1.0 is compatible with Windows and works well with all versions of Windows from 7 to 10.

Choose one of the options for getting Sonic Pi. Its likely you already have it on your system, in which case fire it up and have fun!

The wonderful Naked Scientists covered Sonic Pi in an interview which was broadcast live on BBC radio and is available to listen and readhere.

What are you waiting for? Get yourself a copy of Sonic Pi for:

A portable version that will self-extract and run from a USB stick or folder. No installation necessary.

Sonic Pi comes with a scheme of work targetted for KS3 Computing developed in harmony with the new UK curriculum.

Turn any PC into a full Sonic Pi workstation.