The 9 most popular computer languages, according to the Facebook for programmers

No. 1 JavaScript: This is a super-popular programming language primarily used in web apps. But it doesnt have much to do with Java besides the name. JavaScript runs a lot of the modern web, but it also catches a lot of flak for slowing browsers down and sometimes exposing users to security vulnerabilities. 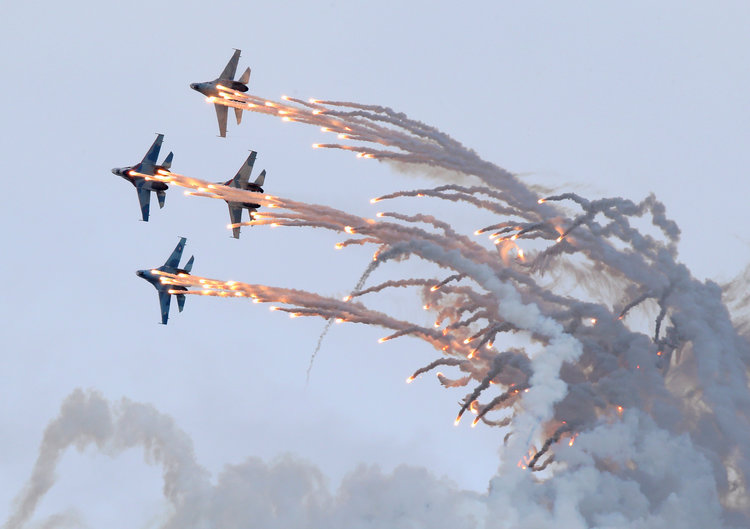 Microsoft millionaires unleashed: 12 Microsoft alums who spent their money in the most magnificent ways

No. 7 C++: First invented in 1983 as a replacement for the original C programming language, C++ is an incredibly popular choice for developers all over the world. Microsoft Windows, Google Chrome, and the software for fighter jets are all written in C++.

An Internet meme explains a lot of programmers attitude toward the language.

The C programming language provides the basis for the software that runs on lots of fighter jets.

No. 8 C: Pronounced C-sharp, as in musical notation. Another variant on the original C programming language, this one comes straight out of Microsoft and incorporates some of Javas concepts for what some developers find to be higher performance and code thats easier to write.

No. 2 Java: Originally invented in 1991 as a programming language for smart televisions, Oracles Java is now the most popular language in the world, a position solidified by the fact that Java is crucial to Android app development and lots of business software. Its also the fastest-growing language, with GitHub saying it was only No. 7 in 2009.

No. 4 PHP: This language for programming websites is incredibly common; some estimates say it powers one-third of the web. Big sites including WordPress, Facebook, and Yahoo use it. A lot of programmers also hate PHP with a passion Stack Exchange founder Jeff Atwood once wrote PHP isnt so much a language as a random collection of arbitrary stuff, a virtual explosion at the keyword and function factory.

No. 6 CSS: Short for Cascading Style Sheets, CSS is a programming language to design the format and layout of a website. A lot of website menus and mobile-app menus are written with CSS, in conjunction with JavaScript and garden-variety HTML.

No. 3 Ruby: Developers like this 24-year-old language because its easy to read and write the code. Also popular is Rails, an add-on framework for Ruby that makes it really easy to use it to build web apps. The languages official motto is, A programmers best friend. GitHub is written in Ruby.

Without further ado, here are thetop programming languages on GitHub.

It has even been called theFacebook for programmers, with lots of Silicon Valley firms requiring job applicants to include their GitHub profile right alongside their rsum.

And for good measure, heres a look at how those rankings have changed over the past seven years:

No. 9 C: The original C, invented in 1972, is still incredibly popular. Thats not least because it works on just about any computing platform ever made, and its super stable and understood by programmers everywhere. In 1978, the languages legendary and still widely read manual, the 800-page The C Programming Language, saw print for the first time.

The C programming language provides the basis for the software that runs on lots of fighter jets.GitHub is the webs No. 1 place for developers all over the world to swap and share code.

No. 5 Python: This language traces back to 1989, and it is loved by its fans for its highly readable code. Many programmers suggest its the easiest language to get started with, right alongside Ruby.

That means GitHub is a great place to gauge which of the worlds many thousands of programming languages are the most popular especially since a popular programming language is always a good job skill for anybody to have in this age of technological transformation.