When you want a great router for a good price, you need to see Kasda has to offer.

In addition to the huge hit Nintendo has on their hands with the Switch, the classic series of consoles have set the industry on fire as well. But now that weve covered the NES and SNES, where do we go from here?

Insomniacs Spider-Man is memorable and has our spider-sense tingling

How NOT to Screw Up Pokemon on Switch

Why Live-Streamers NEED the Sound Blaster K3+ by Creative

Want games to sound better than ever when you are using a headset? Grab a Sound Blaster E5 headphone amplifier!

Jason Dozois details Laras journey and the challenge that lies ahead.

Team up with four friends, build your own community, and of course…shoot zombies

Skins are fantastic. They make electronic devices look better and keep them safe. But where can people go for a good skin? Check out dbrand!

Resident Evil 7 is coming to Switch, as long as you have a good Internet connection.

dbrand Is THE Brand for Quality Skins 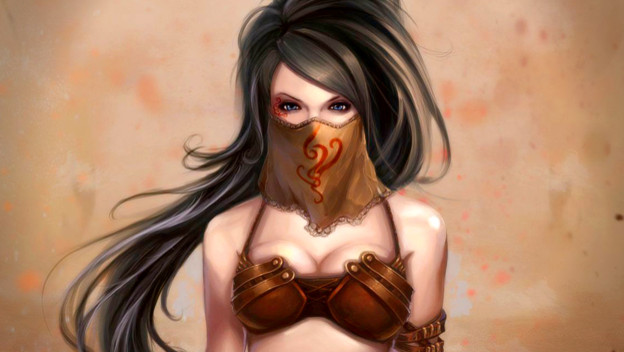 Thinking about using a standing desk, playing games while standing up, or using a VR headset that wont allow someone to be as stationary as usual? The Wurf Board could make you more comfortable as you work and play. 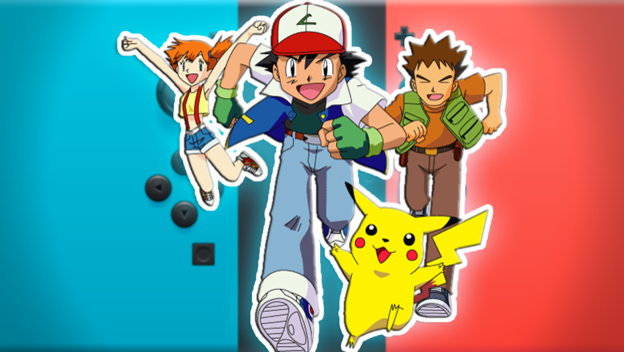 A new teaser trailer has given us a hint at what to expect from Battlefield V, a new entry that may have WWII influences.

Conan Exiles allows players to build camps on the backs of slaves. Is that a mistake?

Why We Need to Be OK with Gaming Slavery

People in need of a good set of headphones may want to look into the MA750 Wireless Bluetooth in-ear headphones. They are easy to use, lightweight, durable, and ready to be there when needed.

Think your games could look better? Maybe a Marseille mCable Gaming Edition could be the answer!

Call of Duty: Black Ops 4 has an increased focus on fighting with other people. What does multiplayer offer? Check out how some of its Specialists and modes operate from the live event preview we attended.

Whos ready to enjoy 3D media on the go? Theres a headset that will help you out! Here are eight reasons why the Moon 3D Mobile Theater is amazing.

Jumping into Destiny 2 was more fun than expected, and heres why

Super Mario Odyssey could be the biggest Mario game ever

VIZIOS Smartcast Sound Bar Is Smart for Gamers and Audiophiles

Comics are a fantastic medium with amazing characters and epic stories. Its great when games can take that and make them more interactive. Especially when it comes to these five comic games that really rock! 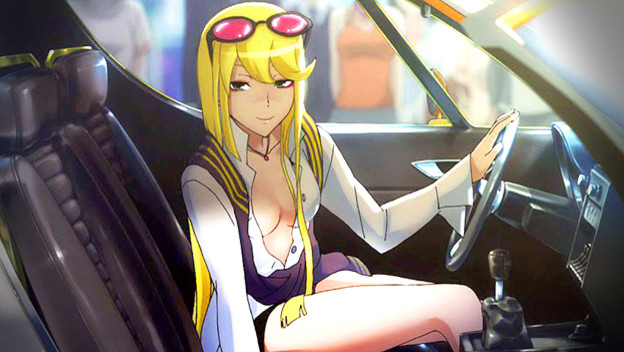 Never neglect your sound system when building a gamer den! Keep a system like the VIZIO SmartCast Sound Bar System in mind, as it is easy for everyone to use. 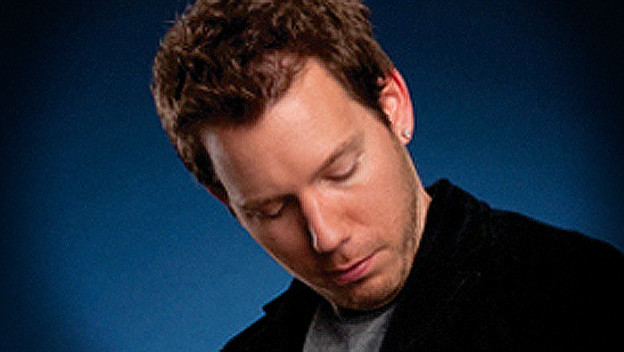 Are State of Decay 2s upgrades enough to satisfy the ravenous hunger of its fan base?

Epic gaming moms arent nearly as common as video game dads. When are developers going to fix this?

It might be time to say goodbye to Best Buys GCU and its many pleasant discounts.

Why ROCCATs Khan AIMO Could Be the Total Package 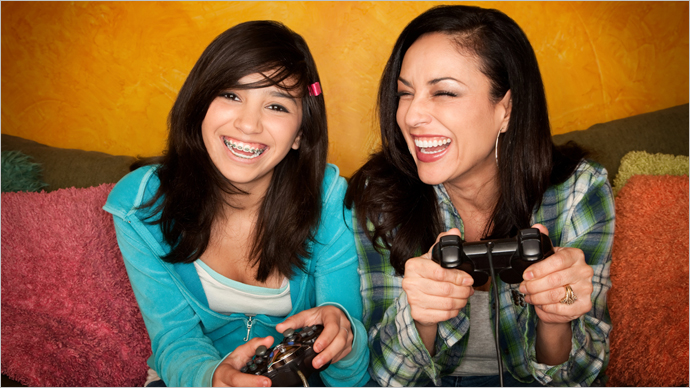 Why Your Game Room or Man Cave NEEDS a CouchBed

Need a new headset? The Roccat Khan AIMO is one that offers surround sound, a great mic and a comfortable build.

There comes a time in every gamers life when they wonder if their home theater setup is right for them. Thats when you might want to start considering a projector. BenQ makes projectors across a variety of ranges to suit peoples needs. 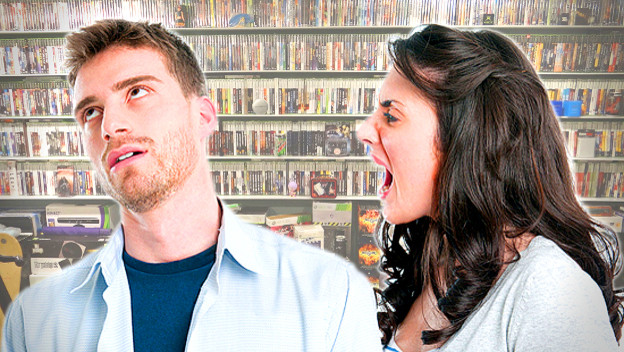 The Soundcast VG1 speaker is ready to go with people on any adventure. This rugged little guy is both strong and powerful! 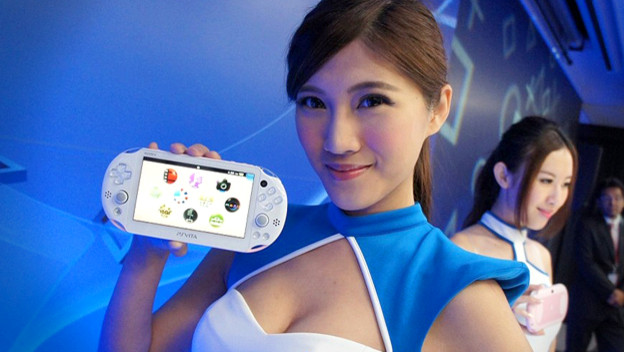 Call of Duty: Black Ops 4 Multiplayer raises the bar for the famed multiplayer mode delivering the most thrilling grounded combat experience yet with a focus on tactical gameplay and player choice.

Logitech Is Pushing the Limits of Gaming Hardware

The Soundcast VG1 Is Ready for Adventure…Are You?

Cliffy B and Boss Key Are Dead (And Why That Sucks)

The Vita is headed towards the light at the end of the tunnel. Lets look back and the highs and the lows of a great handheld.

Creatives Sound Blaster E5 Is a PERFECT Match for Your Headset

The Lexip mouse, with its two joysticks, is poised to revolutionize the industry. What could players do with these additional control options?

Multiplayer is finally coming to No Mans Sky, along with the new Xbox One version.

Yoshimitsu is the latest returning character for Soulcalibur VI.

**BREAKING NEWS** Syndrome is on the loose! In order to stop him, the Parr family needs to work together and take back the city.

The new update for Rainbow Six: Siege will be one of the largest yet when it launches tomorrow.

A new version of Persona 4 could be coming, with what could be a new port, animated series and more.

Our Take on Star Fox: Grand Prix, Pokmon & Battlefield V RumorsWhy The Witcher 3 Is Still One of the Best RPGs Even After 3 YearsNARUTO SHIPPUDEN: Ultimate Ninja Storm Trilogy Review (Nintendo Switch) Invision Game CommunityImperator: Rome Announced – Screens & TrailerEpic Games is pumping $100 million into Fortnite esports prize poolsHere are some of the best Nintendo Switch accessories on the planet25 PS4 Games You Can Easily Complete in One EveningHeros March Might Be For Honors Best Update Yet

Rumors are flying regarding what the first Switch Pokemon game should look like. While that is up in the air, there are a few things that definitely shouldnt happen!

Creatives Sound BlasterX AE-5 is the perfect piece of technology for any gamer. It makes audio from games and media sound amazing.

CINEMOOD and Disney Project Magic into Your Living Room

Far Cry 5 is unique and adrenaline-fueled

The Division 2 Set to Release this Year

Mordor was a surprise hit, and War looks to make the whole experience bigger and better

Its time to spend the spring getting hyped about the summer! Between April and September, gamers days will be packed, so break out the sunscreen because these upcoming titles are gonna be scorchin hot!

The freshly announced Division 2 is on the horizon with more details to come next month.

Some folks may be a little easier to shop for than others, so allow us to help you decide by offering up a great selection of awesome gift ideas for your consideration. Here were counting down this years best of everything thats sure to please guys and gals of all ages come December 25th!

How Gaming Ruins Relationships (And Why It Should Stop)

Why We Need to Be OK with Gaming Slavery

Pairing true 4K content with VIZIOs M65-E0 is a match made in digital heaven!

Can UFC 3 compete with other sports sims?

No Matter Your Budget, EVERYONE Can Afford BenQ Projectors!

Mario + Rabbids is real, and its…kind of great, actually?

The Creative Pebble speakers are ready to rock your world. Gamers can use them on their desks with computers or take them on the go to enjoy the best sound quality possible wherever they go.

Check out our yearly preview guide right here, jam packed with everything to look forward to in the coming months!

How Gaming Ruins Relationships (And Why It Should Stop)

Legacy shows a lot of promise and heart

Nintendo is loading up some fresh ink with Splatoon 2

So, how do people feel about all these wacky E3 2018 rumors? Will where be a Gears of War? A new Splinter Cell?

South Park: The Fractured but Whole

The Evil Within 2s a much improved sequel 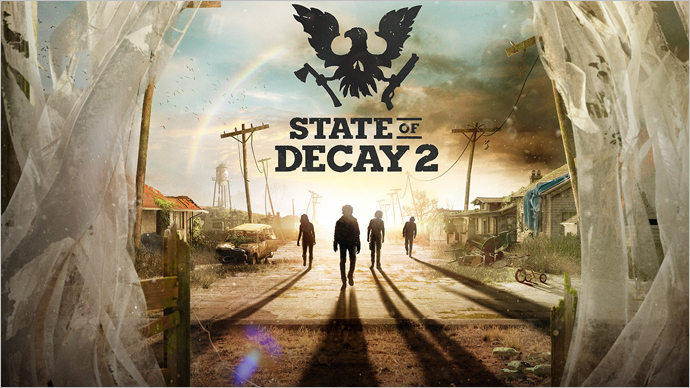 Nanoleaf light panels let people set the scene. Literally, since users customize Scenes to fit moods. They are an interesting addition for any room.

Want great audio quality both in and out of your home? Check out the Soundcast VG7 speaker. It can go anywhere!

Stay Healthy (And Productive) with the Wurf Board!

Undead Labs has a tall order – to deliver a noteworthy exclusive for the Microsoft platform that desperately needs them. But will the bargain price allow many to enjoy this slice of death on the cheap?

A future mobile remake is in the works but will that be all?

How NOT to Screw Up Pokemon on Switch

Creatives Sound Blaster K3+ has been created with game streamers in mind. This audio interface and mixer peripheral will make any streamer sound good.

If you want to build a cozy cave to game in, consider a Couchbed that is great to sit on and wonderful for guests to sleep on too! 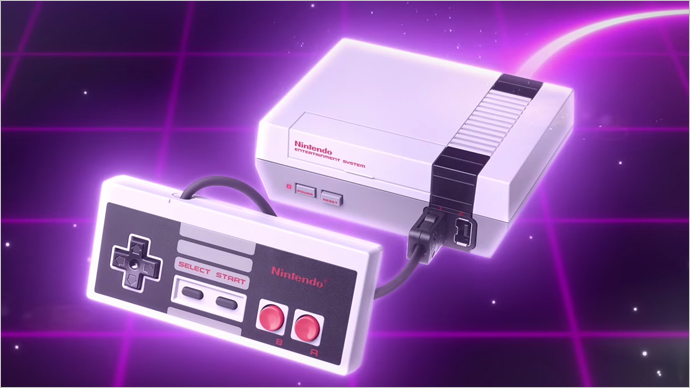 Sonic Mania takes the classic to a new level

Gaming abuse is rampant these days. It needs to stop before its too late. Think of the children!

NHL 18 is all about the younger generation

Where Should Nintendos Classics Go Next?

Looking to build an ultimate gamer den? Sumo Lounge has incredible beanbag chairs that will make every room cozy.

Looking for headphones for your handheld, tablet, or phone? Creatives Aurvana Trio may be exactly what you need. Dont call these babies earbuds, theyre so much more!

Project Cars 2 has real-life racing on the brain

When building a game room, folks need to be aware of all the people who might use it. Having a Cinemood 3-in-1 Magic Cinema on hand might make it more inviting to kids.

Logitechs line of gaming tech makes for a more pleasant experience, with each peripheral improving a key aspect of the hobby.

All the kerfuffle about loot crates hasnt stopped Star Wars: Battlefront II from screaming into video games like a TIE Fighter

mCable Lets You See Games in a Whole New Way

PUMA and SEGA have come together to design two pairs of Sonic-themed sneakers.

Creatives Sound BlasterX AE-5 Is Pro Audio at Its Finest

MLB: The Show 18 is a beautiful tribute