Heared something new. Thanks for this awesome share. I will surely try this.

Apart from badges, achievements and videos, Treehouse includes quizzes. Furthermore, one can participate in code challenges where a person has to quickly apply what he or she learnt in a video seen before.  You can earn points and badges by watching videos and solving quizzes. The ultimate mission of Treehouse is to help a potential employer to see what are the skills of a person applying for a job.

This interestingly looking gamification platform was developed by Microsoft Research. It gives a chance to learn Java and C. While in the beginning one may get a misleading impression that the goal of the game is to find, restore and capture as many code fragments as possible, later it becomes clear that its crucial to modify a fragment of the code in an elegant way, so that it gives expected results. Also, it gives an opportunity to create both private and public games. Each game is based on one and only set of parameters. 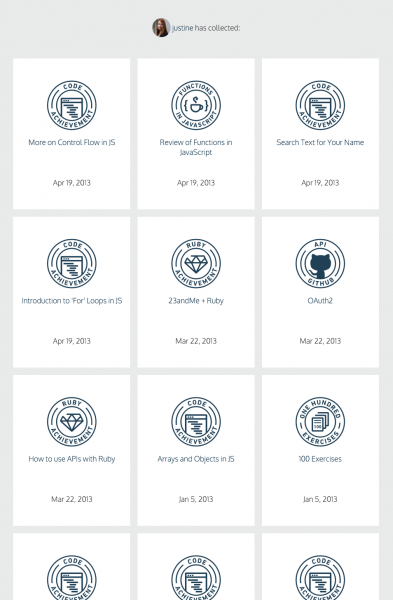 Your email address will not be published.Required fields are marked* 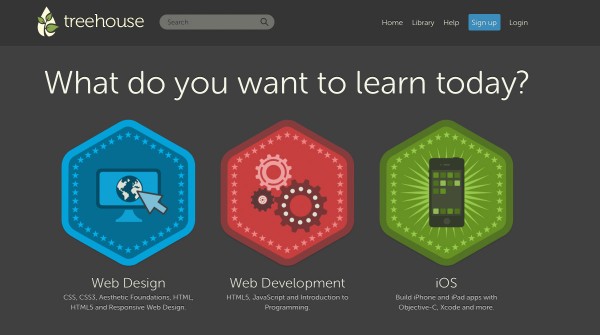 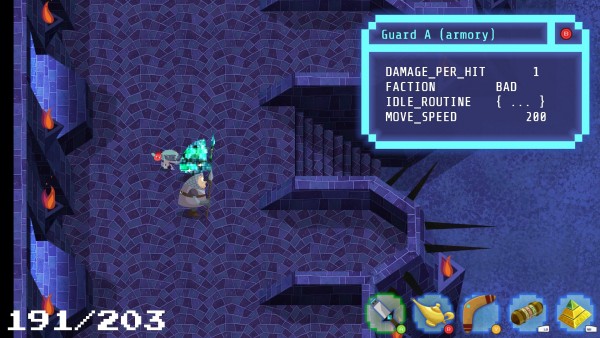 Lets take a short break from gamification of IT project development. A future programmer may stumble upon gamification also during his education in the field of programming. I found for you 12 platforms that help learn programming.

Its curriculum is narrowed to Python programming language. One can learn coding through challenges, but also serves another goal it shares problematic coding tasks across the entire community to help in finding a solution. Checkio wants programmers to share their problems with other community members so that they can together work out a solution. Checkio presents players with real coding problems, whereas, as Avramenko claims, Codecademy only makes people to read about code.

The main thought standing behind Codeschool is that the best way to learn is by doing. What makes it different from Codecademy is the fact that it combines video content, coding in the browser and gamification altogether which is a perfect match. Similarly to Codecademy, Codeschool rewards with badges, points and achievements. Importantly, the platform partners with Open Badges, which aggregates badges from many different platforms and makes them visible to the wider audience.

What can be observed recently is a growing awareness about coding, its importance in the near future and the fact that probably it is to become yet another indispensable skill in a persons resume. Today well take a look at some educational platforms that help learn coding through gamification.

The very idea of gamification can be considered as a novelty not only in programming, but also in other areas of life. Fortunately, the there are more and more people who appreciate the value of gamification, also in IT. Its a great way to boost motivation and productivity, thats why new gamification platforms pop up like mushrooms!

Unfortunately, CodeSchool does not support Open Badges any longer.making nothing about it stand out from these other resources.

Here you can learn programming in Ruby. As the title implies, there is a warrior that has to reach next level and the more points he scores, the better. With each level new functionalities are added. The game improves the knowledge of loops, conditions and other aspects of the language. You play the game to the beat of 8-bit soundtrack!

I blog frequently and I seriously thank you for your content. This great article has really peaked my interest. I am going to take a note of your site and keep checking for new information about once per week. I opted in for your Feed as well.

If youre in love with RPG games and you see this title and think of a classic RPG game Dungeons and Dragons, youre home! Just like in D&D, the creators of this gamification platform used a skill tree to show the players progress. Each skill presented on the tree has its own, exclusive icon. The skills include HTML, CSS, AJAX and more.

Inspired by Zelda series, Hack n Slash teaches the idea of learn programming by reprograming the properties of an object in the game. A player rewrites the games code and adjusts it to ones needs. The aspects of the game that can be altered include creatures behavior and the interaction with the world. Basically, the game can be finished by not following the rules.

Very nice article but you have missed this great website 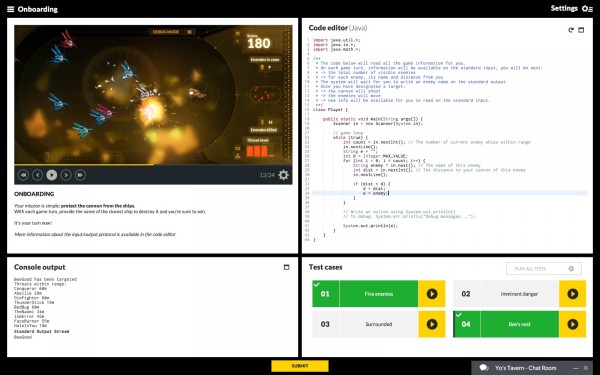 Code Combat beats all of these in my opinion. 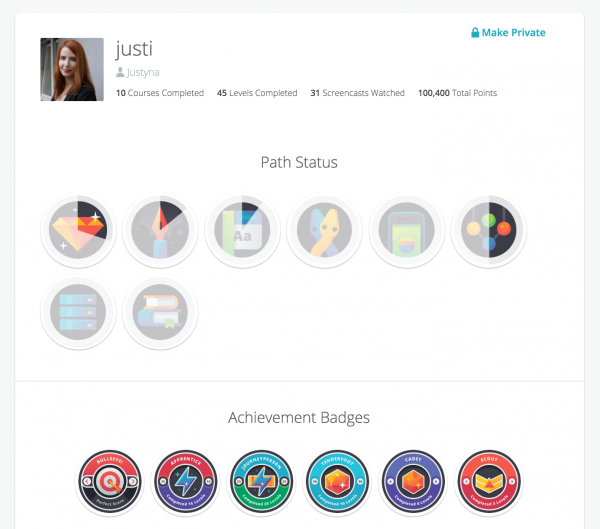 The most popular, probably one the most appreciated gamification learning platforms on the Internet. Importantly, its totally free of any costs. The platform covers Javascript, jQuery, HTML/CSS, Python, PHP, Ruby and APIs. In total, it consists of 100 lessons, each of them containing from 5 to 20 lessons. Although it teaches both complex and more complicated stuff, such as web and game design, its addressed mainly to beginners who have no idea what an if statement is. Codecademy has a system of badges and achievements the more lessons you complete, the more badges and points you get. 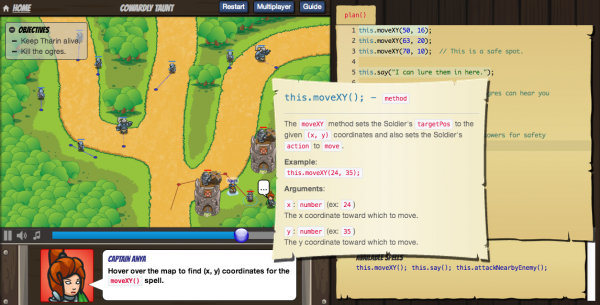 Another gamification platform where a player has to build something to defeat others is Robocode. In this case, the player has to build a tank to smash other players using Java and . Battles take place in real time and on-screen. Creating a tank is quick and easy, but turning it into a killing machine takes thousands of code lines. If a tank is poorly coded, it misses the target and becomes more vulnerable.

While majority of gamification platforms uses badges, achievements and points, CodinGame uses actual games to help in learning process. Unlike Codecademy and others, CodinGame with its games, rewards learners intrinsically. Its curriculum consists of more than 20 programming languages. Everything happens in real time, in a browser where a person codes and sees the game in the corner of the screen. 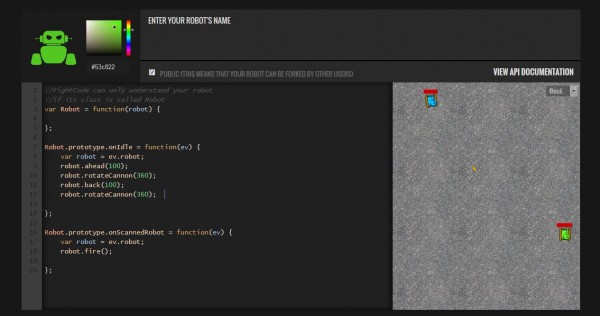 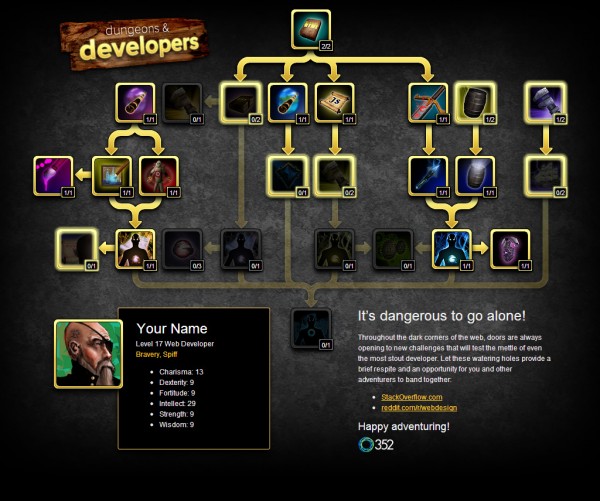 I tried code combat, it seems like its not really teaching me anything. Did I miss something?

Due to this fact, programming is gaining more and more attention of people who are conscious of tomorrow. Thats s why we can see the abundance of educational platforms which aim to learn programming in an intuitive and rewarding way. To do their job they gamify the educational process.

Similarly to CodinGame, CodeCombat also uses actual games to make people learn programming. The game part is designed in a style of a fantasy RPG comic games. The screen is divided between a code editor and a labyrinth with a players avatar that can be controlled by a set of commands that have to be typed in correctly, because each error in code decreases hit points. An overwhelming amount of errors will eventually kill the character. Each level consists of different quests, such as collecting gems, defeating monsters and finding the way to the next level. 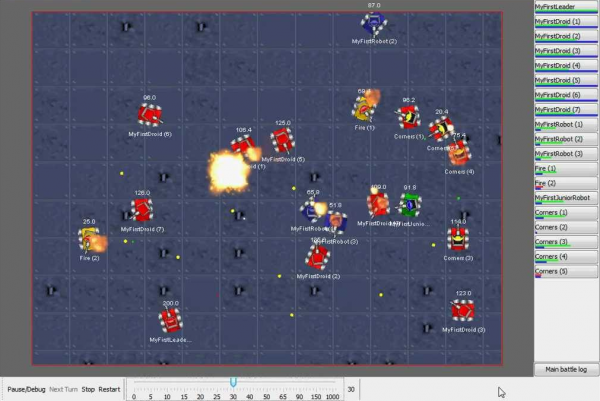 The main goal of this platform is to learn JavaScript by creating a robot. A robot can fight other robots in challenges with your friends or foes. With each new robot the player improves ones JavaScript skills. The game has its leader board, so people can keep track of their progress and achievements. So far, there are 27 thousands of robots in the game.